The Legendary Adventure of the Ledges I was climbing up a 4m solid rock wall with a steep ravine below me trying to swing myself up, using my non-existent arm strength, to end up backwards on a narrow ledge. It was the last real climb at the end of the infamous Ledges hiking route up Table Mountain. At this point, there was no turning back because the route below was too treacherous and going down is much worse than going up. So, I told myself that I just had to do it. And somehow before I knew it I found myself sitting on top of a ledge while my friends cheered. 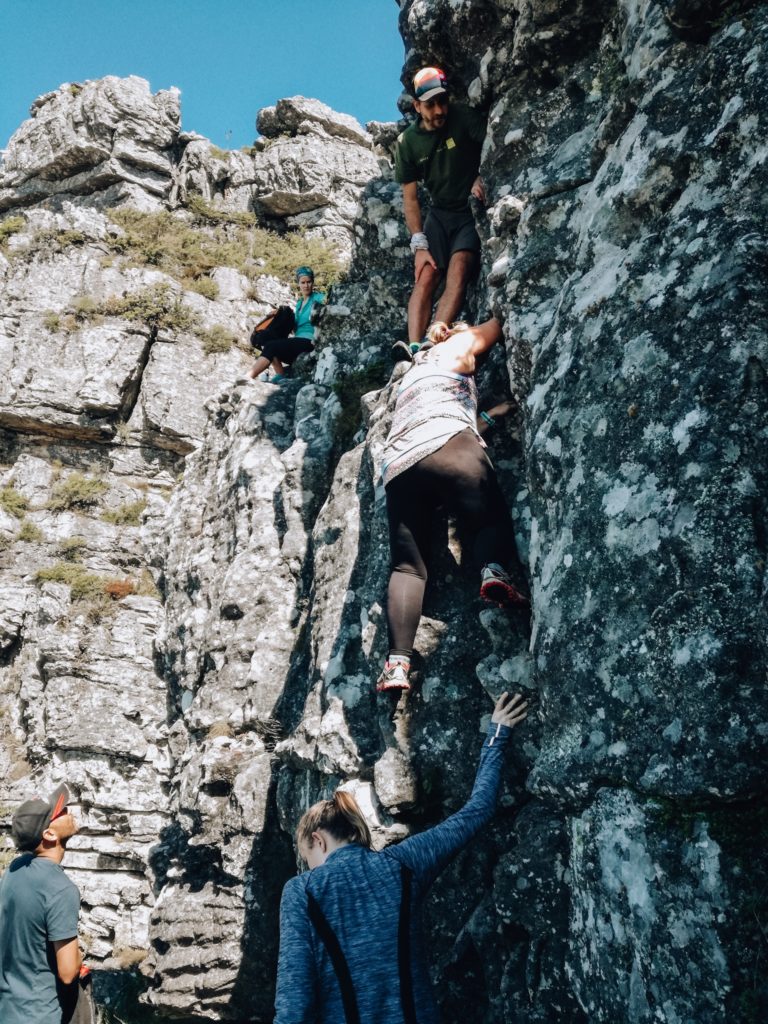 The Ledges is a perilous hiking route between the saddle of Devil’s Peak and top of Table Mountain. It is not a route to be taken for the first time without some-one who is experienced and we were lucky to be accompanied by Henk Brand from The Secret Adventurer.  “Adventure” is Henk’s middle name and I was so impressed at how knowledgeable he was about the route, how he flew up certain sections but took the time to show us the best way to climb and was always there with a helping hand. I also loved his little titbits on the flora like identifying an innocent looking bush as a blister bush to be avoided. What I really learnt from him was that taking slow and small steps was best way to get through the difficult spots. And there is no shame in using an effective bumb shuffle as a stability tool in a particularly tricky patch. I love hiking new and adventurous routes with spectacular scenery and very few other hikers. The Ledges offers magnificent views of Lion’s Head, Devil’s Peak and then all the ravines on the Newlands forest side of Table Mountain. We also had the occasional wisp of clouds passing below us on the Devil’s Peak saddle to add to the drama. There were fun scrambles where we crawled through a cave, inched along a wet ledge and climbed through a “chimney” using feet, arms, knees, backs and bumbs to wiggle up. It really tapped into my inner child as if I was exploring some big jungle-gym. There was a waterfall next to the final climbing spot and after the climb we arrived on an oasis of running water and beautiful lush vegetation before reluctantly finding our way to the lower Smut’s track and back towards the top of Table Mountain and the cable car. 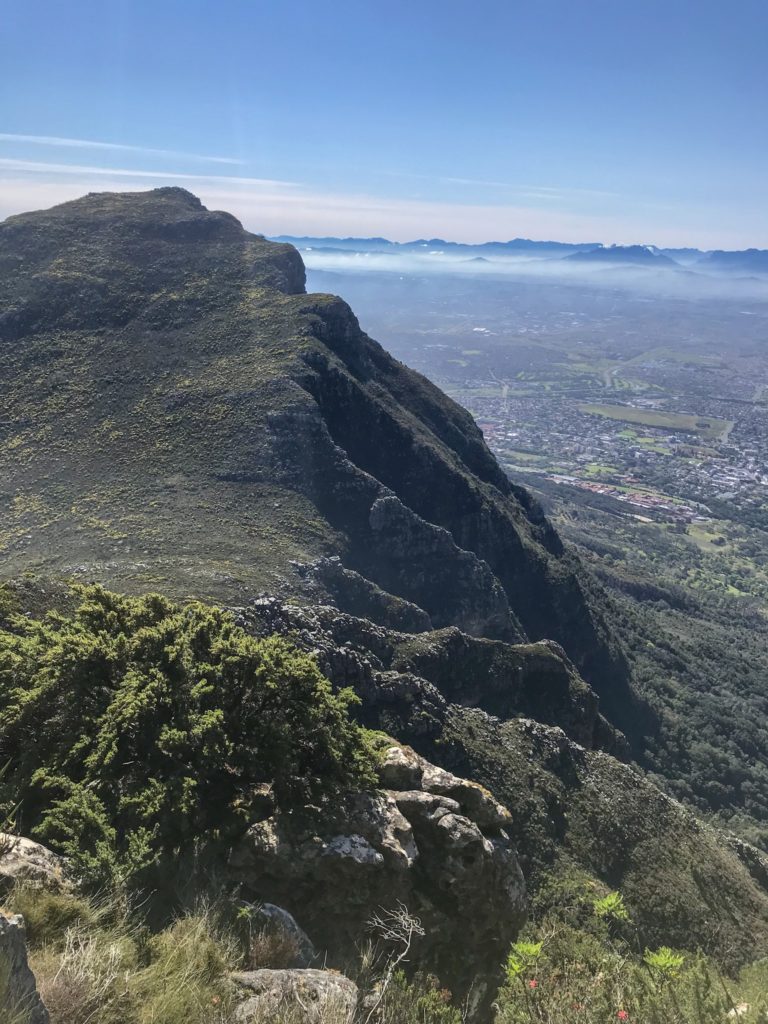 I was so happy that I was able to do the Ledges relatively easily, despite how much other people had hyped it up. I also think it was a testament to my increased hiking confidence and experience over the last year and a half. But what I realised was that as much as it was an individual challenge for me and something I have wanted to do for over a year, it would not have been possible without my “team”. In addition to Henk, I had four friends join me who were all strong hikers and very supportive. I really appreciated the way they were there to offer a foot support, hand pull-up or just a kind and supportive word of encouragement. It’s such an analogy for life. I can be my own cheerleader but through the really difficult patches of life it makes a world of difference to have that support network. So, thank you to Henk, Carrie, Justin, Nix and Lynne for sharing in the adventure and getting me up the Ledges. 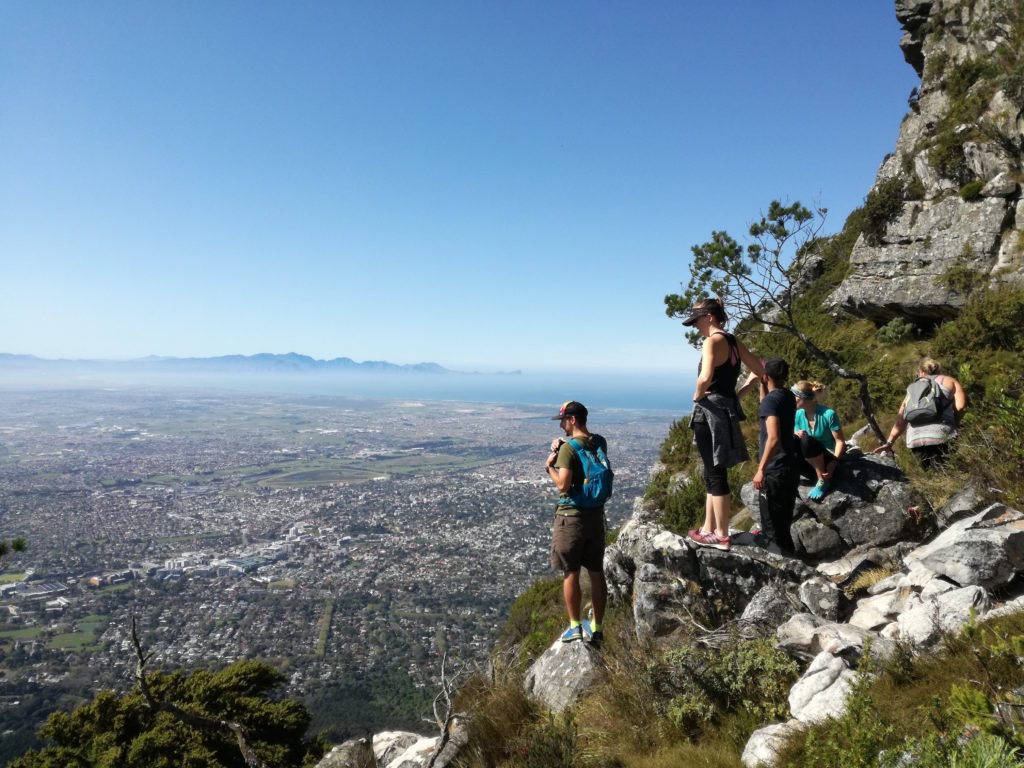 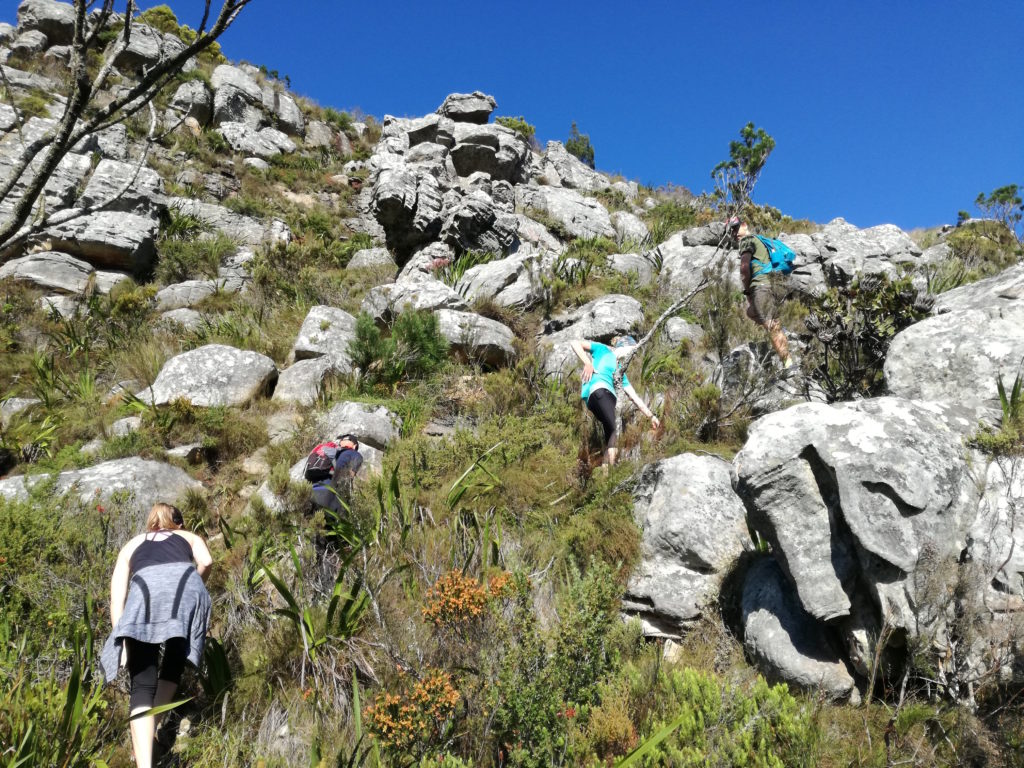 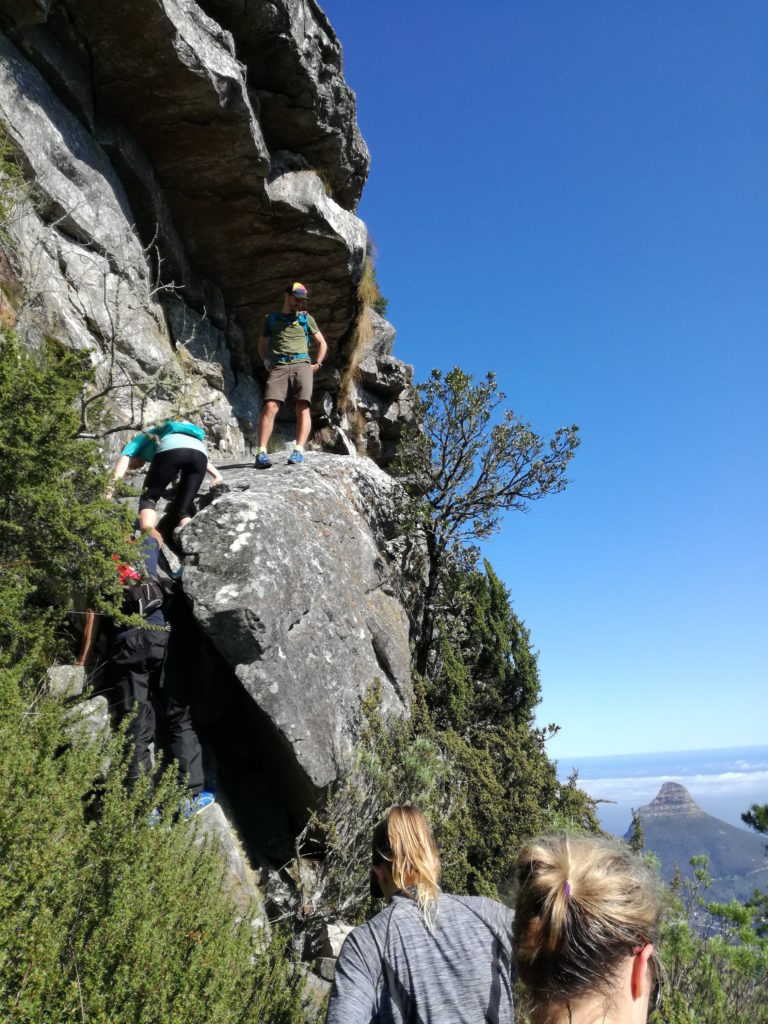 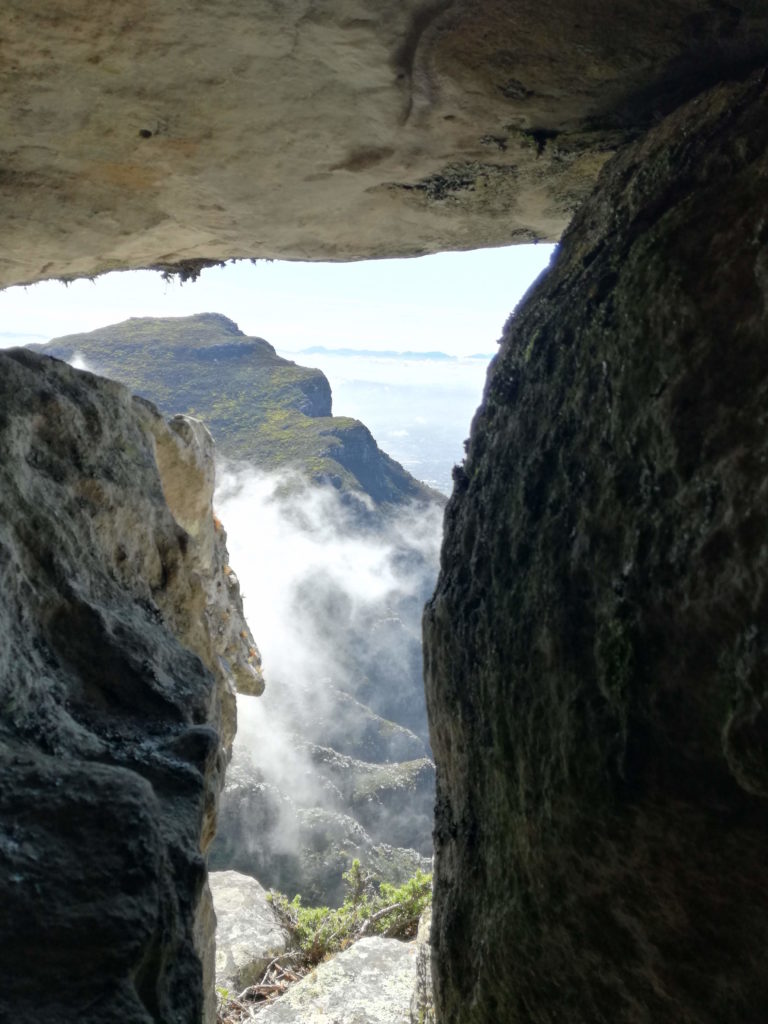 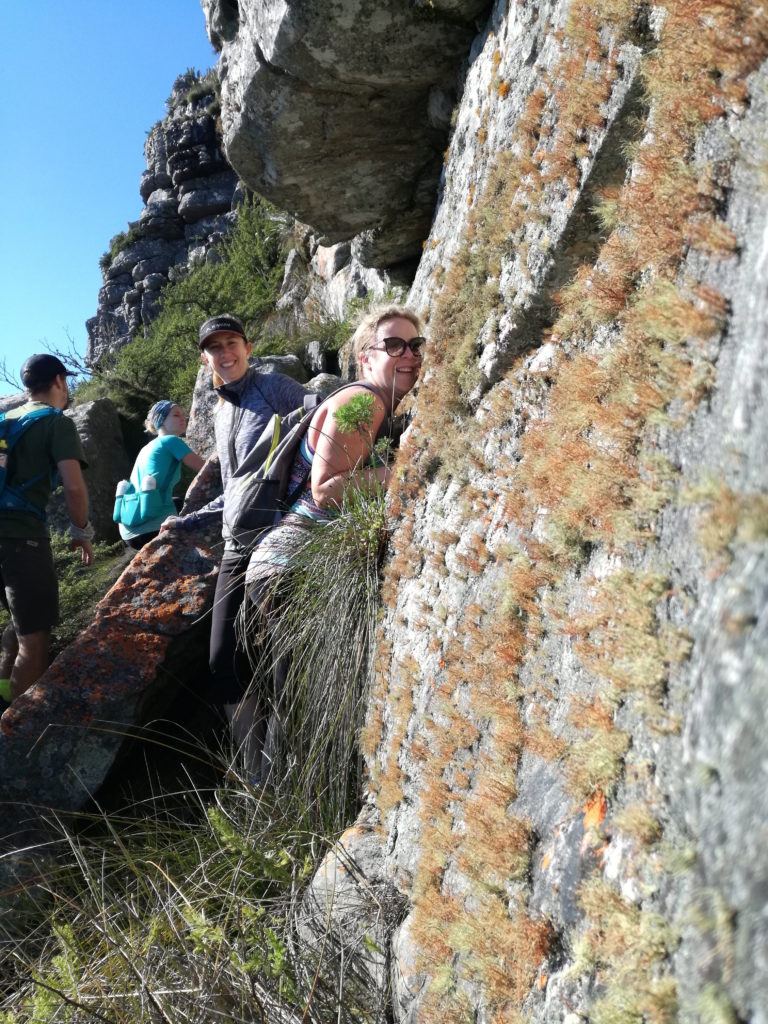 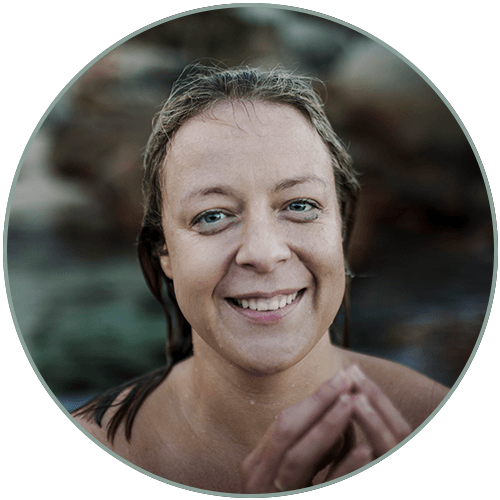